Good Reviews of Family Hotels along the river of Singapore

Stay in any one of the hotels along Singapore River and enjoy learning about the rich history of this small but historically significant waterway.

The river runs about 6 km from the Central Area in southern Singapore before emptying into the ocean. A quiet area for most of history, the Singapore River came alive when Sir Stamford Raffles arrived in 1819 and set up a trading post for the famous British East India Company.

The trade business boomed over the next century and a half before grinding to a halt when the container berths opened at Tanjong Pagar in the 1970's. The old Shophouses along the bank were converted to pubs and restaurants, making the Singapore River a hip and trendy travel destination.

Singapore River is perfect for those who enjoy the nightlife, with popular destinations such as the Boat Quay, Clark Quay, and Robertson Quay. Two MRT stations make it easy to travel throughout the area, or take a Singapore River Cruise along the river and bask in the glow of the night scene. Along the Singapore River hosts numerous lodging options in every budget, from cheap hostels to luxury hotels.

The Swissotel Merchant Court, centrally located next to Clarke Quay and a short distance to Chinatown, is one of the highly recommended hotels along the Singapore River. Get that heart rate up at the health club, or unwind with a spa or beauty treatment in the onsite spa. The Amrita Spa spreads out over 512 square meters and includes nine separate treatments rooms, a manicure and pedicure station, and a landscaped garden.

The Swissotel Merchant Court is a business-friendly hotel, offering a business center, event catering, secretarial services, and multiple conference rooms. All rooms include a minibar, multiline phone, slippers, bathrobes and complimentary newspaper. In-room childcare is available for a surcharge. Rates range from about S$200 for a Classic Room to S$1200 for a suite per night.

B. Budget Hotels along Singapore River

Room amenities are simple - a television, blackout drapes, air conditioning, coffee maker and a clock radio- which helps keep the price down. Internet access is available for a surcharge. The hotel has two casual eating areas, the Home Beach Bar serving lunch and dinner, and the Lobby Lounge, serving a Continental breakfast. Rates start at about S$131 per night.

Travellers looking for mid-range hotels along Singapore River may want to check out Park Hotel Clarke Quay, with modern rooms featuring floor-to-ceiling windows that provide a view of the city or river. 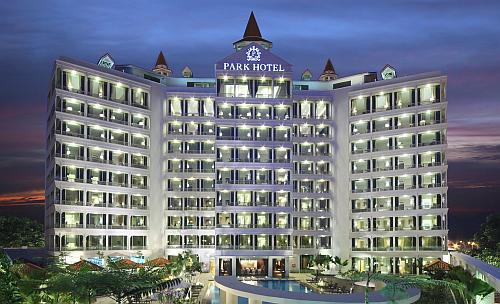 Rooms are equipped with a safe, minibar, and flat-screen cable television. Enjoy a buffet meal showcasing a variety of international dishes at the Brizo Restaurant and Bar. The Park Hotel Clarke Quay is a mere 300 meters from the Central Mall. Room rates start at about S$179 per night.

Those with the budget for a luxury hotel can stay at the historical Fullerton Hotel, situated right on the waterfront.

Enjoy dining in one of four restaurants and satisfy a sweet tooth at the chocolate buffet in the Courtyard restaurant on weekends. Once the largest structure in Singapore when completed in 1928, the Fullerton Hotel features a soothing colour palate in creams and beiges, complimentary bottled water in the rooms, and satellite television service on a plasma TV. Rates start at about S$250.

Rates and Reviews: The Fullerton Hotel

The 4-star hotel offers an indoor pool, health club and fitness facility. Each non-smoking room features satellite televisions, direct-dial phones with voice mail, air conditioning and wake-up calls upon request. Guests can pick up any forgotten necessities in the on-site gift shop. Rates start at about S$200 per night.

The Furama RiverFront, located in the Clarke Quay area, features a free-form outdoor pool surrounded by lush foliage, and a swimming pool for children. In-room childcare is available for a surcharge. 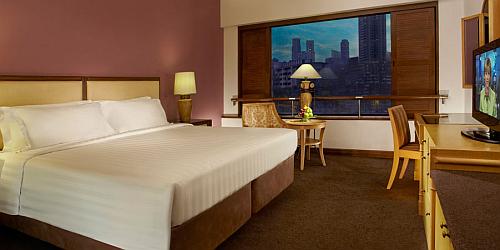 The Furama RiverFront also features tennis courts, a putting green, and a fitness centre overlooking the pool area. Rooms are decorated in a simple, contemporary style and include bathrobes, a bathroom scale, a sewing kit, wireless internet access and complimentary toiletries. Suites come equipped with a kitchenette. Rates start at about S$153 per night. 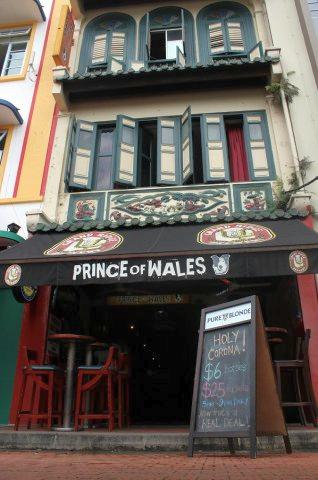 Travellers on a tight budget who don't mind sharing space with others can check into one of two hostels along the river. For about S$30 per night, Prince of Wales Boat Quay Hostel offers certified anti-bedbug mattresses, clean bed linen, free internet and Wi-Fi access, and a discount on food and drinks at the bar. The hostel also features large "waterfall-style" shower-heads and an outdoor terrace. The location is clean and the atmosphere is very relaxed.

The River City In is also close to the river, about a 3-minute walk to the riverbank, and a 5-minute walk to the MRT station. The family-owned and operated hostel strives to provide more than just a landing place for the night- they want to give travellers a place to exchange ideas, stories, and personal reflections about their experiences while travelling. 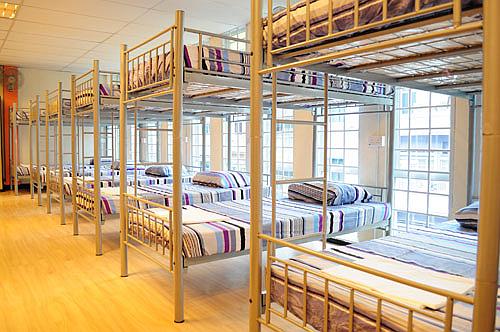 The River City Inn provides luggage storage, internet access, Cable television and DVD's for unwinding after a long day of exploring. Rates start at about S$30 per night.

View All Hotels along Singapore River


Where to Stay in Singapore

Return to Where to Stay in Singapore page