Hotels in Colonial District are ideal for art lovers, with museums just about everywhere, including the National Museum of Singapore, the Singapore Arts Museum, and the Asian Civilisations Museum.

Explore Colonial Buildings dating back to the colonial era, such as Victorial Theatre and Concert Hall, The Old Parliament House, and Raffle's Hotel. Two MRT stations at City Hall and Bras Basah make it easy to get around the area and head off into other parts of Singapore. Lodging options range from budget hotels to luxurious accommodations.

View All Hotels in Colonial District

One of Southeast Asia's tallest hotels, Swissotel the Stamford Singapore is also one of the highest rated hotels in Colonial District. Located amidst the historical, cultural, business, and shopping districts, the hotel offers convenient access for just about any type of traveller. A MRT station directly beneath the complex makes it easy for guests to travel wherever they need to go.


Rooms include luxuries such as a resident's bar, workstation, and private balconies with a magnificent view along with the basic items most travellers come to expect from a 5-star hotel, including a bathrobe, slippers, and a personal safe. Swissotel the Stamford offers 15 different dining and bar options, ranging from traditional Swiss fare to Chinese, Japanese, and Cantonese cuisine. Shoppers can loosen their purse strings without ever leaving the complex at the Raffles City Shopping Centre attached to the building.

B. Budget Hotels in Colonial District

Travellers on a tight budget can stay at the Bayview Hotel Singapore or the Hotel Grand Pacific (formerly the Allson Hotel). It is just minutes walk to the National Museum of Singapore. The hotel features an outdoor pool, a sauna, and a fitness facility.

Each of the 131 guestrooms include satellite television with free movie channels, high-speed internet access, and multi-line phones with voice mail. The hotel is close to the Singapore National Museum and Orchard Road. Bugis Street is also just a short distance away.

Each guestroom comes with broadband internet access, satellite TV, a minibar, and in-room safe. The hotel is within walking distance to Raffles Hotel and Raffles City Shopping Centre. The Suntec Singapore International Convention and Exhibtion Centre, Marina Square Shopping Malls and Esplanade Theatre are just a short distance away.

Mid-range hotels in the Colonial District include Naumi and Rendezvous Hotel. Naumi is a small hotel, with just 40 guestrooms, each equipped with cable television, DVD players, complimentary internet access, and complimentary newspapers. 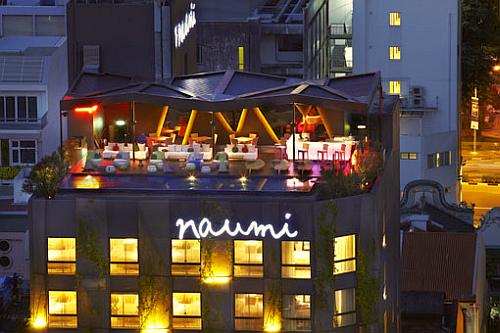 All units also include a microwave, refrigerator, and coffee/tea maker. Naumi has an on-site restaurant, an outdoor pool, and a fitness area.

The Rendezvous is within 3km of several attractions, including the Singapore National Museum and the Singapore Art Museum. The Dhoby Ghaut MRT is just a five-minute walk away, and tourists can book tours right inside the hotel. 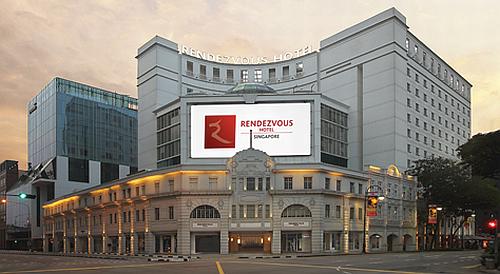 The rooms are small, but decorated with a charming vintage feel. Facilities include a pool with a spa tub, a fitness center, and a sauna. Straits Cafe Rendezvous offers both buffet and a la carte dining. 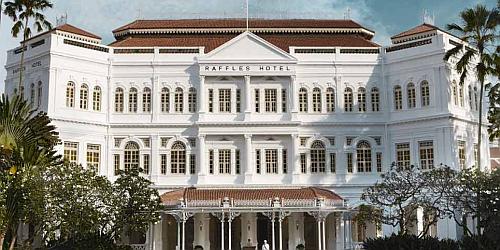 Guests can choose from 18 restaurants, ranging from a New York-style deli to an upscale French restaurant, or take in a show at the 388-seat Victorian theater. The historical hotel also features a shopping arcade, full service spa, and a rooftop lap pool.

The twin-tower Fairmont Singapore is located right in the heart of Singapore's business, entertaining, and cultural districts. Standing at 26 stories, the hotel features 769 large guestrooms and suites. The suites are equipped with a private balcony showcasing the skyline views.

Each decorated bathroom comes with aromatherapy amenities and marble-lined tubs. Guests can burn off some energy in the fitness center, cool down in the landscaped pool area, or relax in the 32 spa-treatment rooms.

The Fairmont Singapore has 16 different restaurants and bars, including the Equinox restaurant and New Asia Bar, located on the 70th and 71st floors. Because of their height, the two eating establishments offer some of the best views in Singapore. 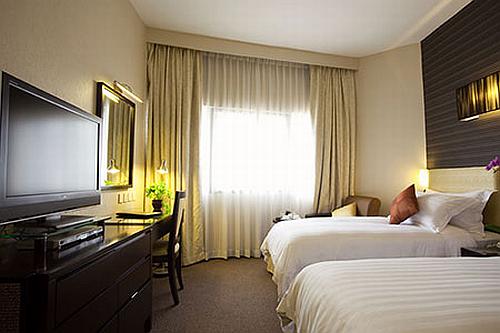 Guests can enjoy a daily breakfast in the Queen's Brasserie, or sample Cantonese specialties at the Grand Banquet Restaurant. Excursions arranged by the tour desk can help travellers explore the area's attractions. 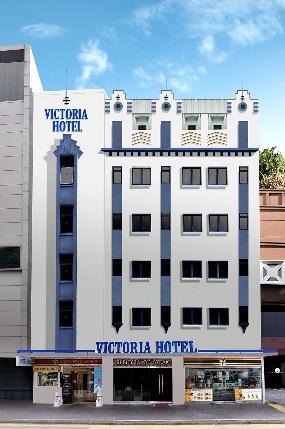 The Victoria Hotel on Victoria Street allows all children under 12 to stay free, as long as they use existing bedding, and cribs are available on request. Rooms are equipped with satellite TV, a hair dryer, CD player and coffee/tea maker. The hotel has a restaurant and a beauty centre on site.

The Colonial District is a haven for history and cultural buffs. Aside from the plethora of museums, the area also features rich historical grounds, including the Padang and Fort Canning Park. Out front of the Victorial Theatre and Concert Hall stands the original Stamford Raffles bronze statue, overlooking his city. The Old Parliament House, now called the Arts House, stands behind the Victorial Theater. The building served as the Parliament house until 1999, when it was converted into an art gallery. The pristine white St. Andrew's Cathedral, Singapore's largest cathedral, is located near historic City Hall, where Singapore's first Prime Minister declared Singapore's independence in 1965.

The Colonial District offers a variety of dining options, include Flutes at the Fort at Fort Canning Park, specializing in Australian food and Lei Garden creates authentic Cantonese cuisine and is known for its delicious dim sum.

Where to Stay in Singapore